Thank you for your information - a member of our team will reach out within 1 business day to discuss AoPS Beast Academy for Schools with you!

In the meantime, learn more about the Beast Academy curriculum.

Bring Beast Academy to your classroom!

Thank you! Your submission has been received!
Oops! Something went wrong while submitting the form.

Beast Academy: Results from the Classroom

WestEd ran an independent evaluation of the Beast Academy program in Mankato Area Public Schools, a K–12 school district in Mankato, Minnesota. The study measured the impact of Beast Academy on 1,027 students enrolled in grades 2 through 4 over a two-year period.*

Beast Academy had a significant impact on students’ math achievement: Students who used Beast Academy an average of 30 minutes per week gained 1-2 grade levels on their spring 2021 National MAP Assessment Scores, as compared to those who didn’t use Beast Academy. See full technical report.

The More Beast Academy, the Greater the Improvement

The more lessons students attempted, the greater their increase in math achievement compared to students without Beast Academy exposure.

Note: Higher levels of Beast Academy usage were associated with larger differences in math performance between Beast Academy students and their matched comparison group peers who did not use the program.

“I like Beast Academy because it is difficult and it teaches math in different ways.”

“My favorite thing about Beast Academy is working as a team and figuring out problems together.”

“[Beast Academy] makes me want to keep trying and not give up in math even when it’s hard.”

9 out of 10 educators believe their students’ problem-solving abilities have improved since starting BA.

9 out of 10 educators believe BA supports the development of their students’ logical reasoning and problem-solving abilities.

A Flexible Model that Fits Your School

See how schools are tailoring Beast Academy and AoPS Online to their classrooms, teachers, and existing programs.

11 of the district’s 38 elementary schools piloted the program with advanced math students. Before long, the district implemented AoPS Online advanced math curriculum at the secondary level, for motivated learners in grades 5-12.

After just 10-12 weeks of using Beast Academy, 58% of the students who participated had larger gains (beyond normal growth) in math on the Measures of Academic Progress (NWEA MAP) from winter to spring than they had from fall to winter.

Beast Academy promotes team-talk and team thinking. That’s not typical in instruction in mathematics. It provides the framework, structure, and motivation for students to learn from each other as well as from the material.

I don’t think anyone does it better right now, that I’ve found, than Beast Academy.

Increase the level of rigor in the school’s math instruction.

BA curriculum was introduced to accelerated students in grades 3-5 first, and after experiencing strong results, the school introduced it to 2nd graders the next year. Students used the curriculum for their entire daily math block.

Students took ownership of learning, and built perseverance and problem-solving skills. They developed patience and flexibility, understanding that a problem can be solved in multiple ways – skills that can be applied to any subject.

It’s the only math program I’ve ever used that I don’t have to pull supplements for. 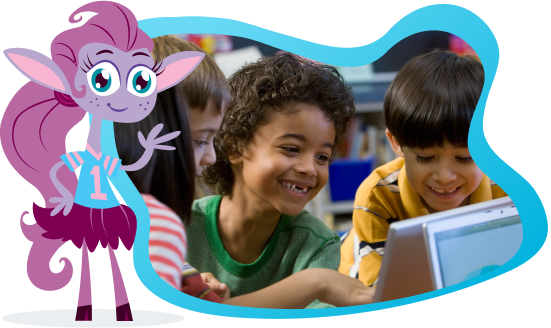 At Beast Academy, we believe in introducing advanced math concepts early, so students build a solid problem-solving foundation for more challenging math and science classes as they grow.

Our curriculum is the one we wish we had growing up: Engaging, rigorous, and comprehensive. By regularly tackling tough problems, students build a problem solving skill stack — the true currency for 21st-century success in academics, career, and life.

Count on a Math Leader

Beast Academy is the elementary math program created by Art of Problem Solving, a global leader in advanced K-12 math education. Since 1993, our trusted advanced curriculum has prepared hundreds of thousands of motivated students for college and career success.

Want to bring Beast Academy to your school?

From a sample of 1,027 students enrolled in grades 2 through 4, WestEd used a rigorous matched comparison group design to pair Beast Academy students with non-Beast Academy students who shared similar characteristics at the start of the study, including their baseline mathematics achievement levels. The analysis compared the math outcomes of both groups two years later to determine the extent to which any observed differences between the two could be attributed to exposure to the Beast Academy program.

To determine the estimated impact of Beast Academy on achievement, WestEd analyzed baseline and outcome data from the NWEA Measures of Academic Progress (MAP) interim assessments in mathematics administered by the district.

Students who used Beast Academy an average of 30 minutes per week gained 1-2 grade levels on their National MAP Assessment Scores compared to students who didn’t use Beast Academy.

About
About Us
Our Team
Jobs